Stuttgart, June 15, 2022 – Factory automation through sustainable digitalization. How this goal can be planned virtually and implemented in reality will be presented by CENIT at this year's Automatica trade show in Munich (Booth 506 in Hall B5). The technological basis for this is provided by newest and the most powerful release of CENIT's own 3D simulation software FASTSUITE E2.

Today, in addition to ever shorter market cycles, companies are increasingly confronted with requirements such as the scarcity of resources, disruptions in supply chains or even political upheavals. This requires an even higher level of response speed and efficiency. "With the enhanced capabilities of FASTSUITE E2, we enable manufacturing companies to optimize their use of human and material resources," explains Jens Fetzer, VP Business and Partner Development, Digital Factory Solutions, CENIT AG.. "Due to the hardware vendor neutrality of FASTSUITE E2, manufacturers also retain the flexibility in their cell and factory planning to quickly and highly efficiently address necessary adjustments regarding robot or technology deployment," he continues.

The new release of the software offers increased automation in programming activities and further optimized simulation quality. Both enable companies to exploit the potential of their robot and factory systems even more efficiently and sustainably.

In the latest version, FASTSUITE E2 also impresses with new operating elements and significantly increased performance in offline programming (OLP). The focus is on OLP core applications such as arc welding and laser cutting.

The most important release innovations at a glance:

The new release of FASTSUITE E2 extends the already predefined operations by the possibility to define individual operations in an agile and intuitive way. The user benefits from a more efficient way of working, as the programming time for defining or modifying touch-sense operations is significantly reduced.

Typically, workpieces require several redundant, repetitive operations. An improved FASTSUITE E2 graphical user interface, as well as the updated "Transmit function", now allows users to duplicate and transform sub-steps in an automated - and thus easier and at the same time safer - way. This means that entire programs for spot welding, arc welding or painting can now be mirrored to another work cell without having to reprogram the entire part. The result: a clear increase in efficiency, as the effort of manual programming is eliminated.

Due to the topology of sheet metal parts, the alignment of the laser cutting head, can lead to collisions. The new automatic toolpath optimization feature of FASTSUITE E2 makes it possible to automatically calculate a collision-free path that is optimized with respect to machine dynamics. Based on the analysis of the toolpath, the user can remove errors and collisions with a single command, creating a toolpath optimized in terms of machine movements. This results in safe machine operation, smooth movements and ultimately better cut quality and shorter cycle times.

In arc welding, especially when welding thick plates, the welding parts are often designed in assembly structures. These structures follow different design methods and may, for example, have gaps between the plates. This makes the definition of the root weld very complicated and requires manual intervention.

To simplify user interaction, a swipe gesture in FASTSUITE E2 can be used to complete the definition of the weld, regardless of which design method was used. The root weld is safely determined by projection. Users can now create operations much faster by simply indicating the plates to be welded. 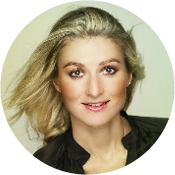